Located about 80 km from Bologna and 50 km from Rimini, Ravenna is a city of ancient origins and with a glorious past, as well as one of the largest cities in Romagna.

Its municipal territory is the largest in Italy and includes nine seaside locations on the Romagna Riviera, much frequented by residents and tourists during the summer. The city center is just 8 km from the Adriatic Sea, to which it is connected by the Candiano canal and is home to the Port of Ravenna. Due to its location and its monuments it is a very popular tourist destination throughout the year. The city territory has a remarkable variety of landscapes that include: vast orchards, valleys and canals flanked respectively by secular pinewoods, that overlook sandy and equipped beaches, and characteristic fishing nets. 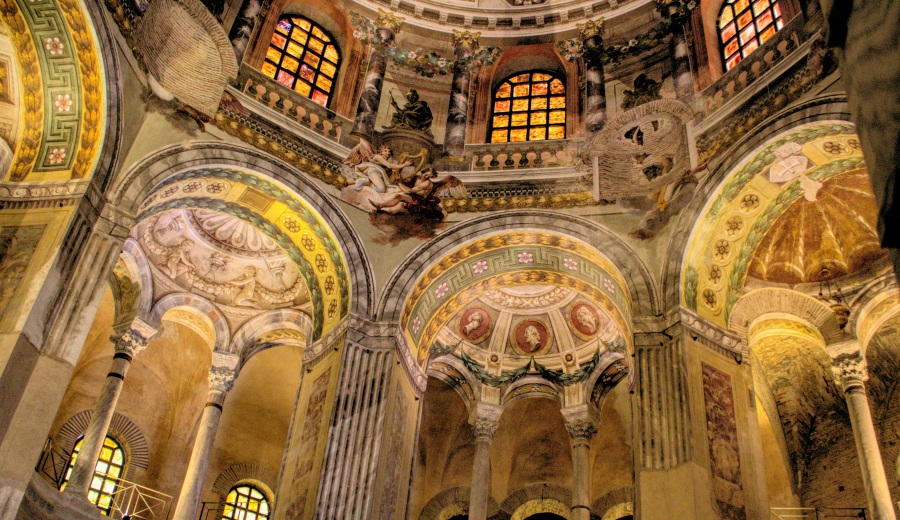 Here we find a branch of the University of Bologna with courses in the following fields: Cultural Heritage, Law, Engineering, Nursing, and Environmental Sciences. There are numerous industrial research laboratories in the area of: energy and environment; innovative technologies applied for restoration, recovery and requalification of cultural constructions; training and restoration of materials; advanced materials and applications for boating.

The main sectors of its economy belong to the areas of specialization including: cultural and creative industries, agribusiness, energy, and environment. In the Faenza area (a few kilometers from Ravenna) the mechanical and ceramic sectors are also very important. A fundamental role in the economic development of the city and the territory is linked to the industrial chemical hub, the port, and the extraction of offshore natural gases. Many important companies worldwide have their operational offices in the territory, among them are: ENI, Marcegaglia, Bunge, Unigrà, Caviro, Rosetti Marino, Tampieri, Bucci Automations, and Fruttagel.

Ravenna is connected to the main aero-train and motorway junctions of Italy. The personal use of bicycles is widespread.

It is home to one of the main Italian amusement parks (Mirabilandia) but owes its popularity in particular to the preserved mosaics, present in eight paleochristian monuments that have been placed on the list of the UNESCO World Heritage since 1996. In addition to being one of the major political and cultural centers of the Roman Empire, its history is also deeply rooted in great personalities of the past, including Dante who lived here for some time and died in Ravenna where his remains still rest today. 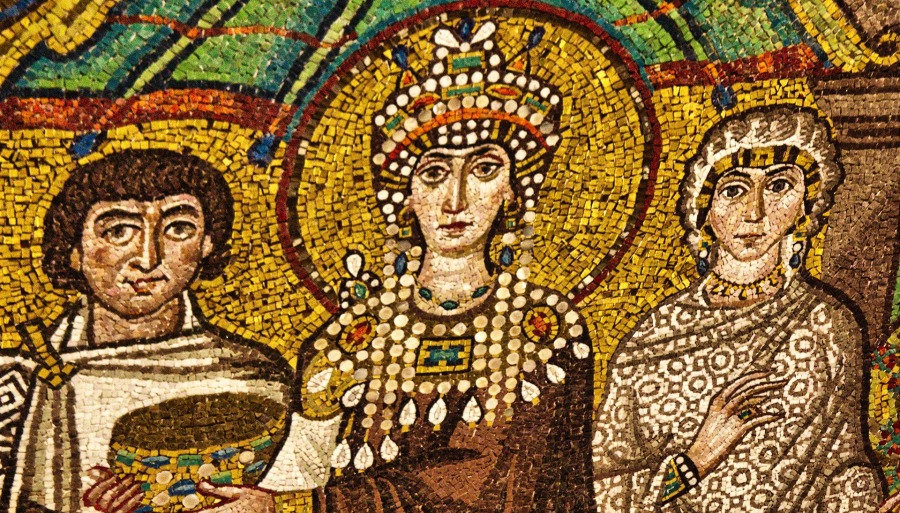 Ravenna offers a high quality of life, including cultural and artistic interests, and efficient and good quality public services. While distinguishing itself in a particular way for its splendid cultural and landscape heritage, Ravenna is also a hospitable city of ancient culinary tradition. Among the most famous specialties are the pastas, tagliatelle (noodles), lasagna, strozzapreti, passatelli and capelletti. All pasta dishes are made with homemade pasta, and for this reason they are famous and in high demand. In the coastal centers (but also in the city) the marinara risotto, the tagliatelle with fish, the spaghetti with clams precede the tasty grilled dishes during which it is possible to taste the many varieties of mollusks and fish of the Adriatic Sea. Fish and meat dishes are always accompanied by the piadine (flatbread) and local soft cheeses: in particular the Squacquerone (soft cheese) of Romagna. All these dishes are perfectly matched with some of the local wines (Sangiovese, Trebbiano, and Pagadèbit).

The small and cozy city center is often animated by events, festivals and food fairs.  Some important national and international cultural events take place in the city, such as the Ravenna Festival.

In Ravenna the atmosphere is inclusive, open and attentive to differences. The LGBT community usually hangs out at some of the beaches of the Ravenna Seaside, such as the Lido (Seaside) of Dante. In the Darsena area there are also several gay friendly places. Whereas the House of Cultures was created with the aim of dealing with aspects related to the migration process, such as the presence of foreign students in city schools, intercultural education and the acquisition of methods suitable for teaching Italian, as well as offering a service aimed at empowering migrant associations.