Bologna is the largest city in Emilia-Romagna. It is ranked among the most liveable cities in Italy in terms of quality of life, and among the most attractive especially for its young people, thanks to its range of lively cultural and leisure activities. It houses the oldest university in the western world (1088) which greatly influences the city life. It is home to higher education institutions and national and international research centers. Bologna therefore is one of the top destinations chosen by students who decide to undertake a university course.

The educational offering is very wide and at an international level,  making Bologna one of the favorite destinations for Erasmus students.

The key sectors of its economy include areas of agri-food, ICT and electronics and mechanics. The craft sector is also very much alive and present in the territory, and  important entrepreneurial realities are recognized all over the world.

Its territory is equipped with an efficient public bus and train system, which connects it to the main regional and national cities as well as international ones. It is home to the main airport that is easily accessible from the city center.

The city of Bologna offers its citizens varied cultural and leisure activities, thanks to the numerous organizations active in the artistic, cultural and sports fields.

In 2006 Bologna was declared a UNESCO Creative City of Music, a prestigious award that celebrates the rich musical tradition and the current lively scene. Music for Bologna represents tradition, creativity, and identity. In Bologna, in continuity with a glorious past, music plays an extraordinary importance due to the presence of prominent institutions such as the Municipal Theater, the International Museum and the music library, the Conservatory named after Padre Martini, the Department of Music and Theater of the University, and the Philharmonic Academy. The UNESCO title recognizes a widespread creative fabric of musical production and fruition, articulated in festivals of international importance and in continuous cultural activities. The important seasons of classical music, appointments in the fields of contemporary music, jazz played in the live venues, shows designed for children, the presence of songwriters and youth groups and much more, make up the unique musical panorama.

Bologna is home to the most famous European park, the Skate Park, which attracts fans from all over the world and is also famous for its basketball teams including the Virtus Basketball Team of Bologna and the baseball team Fortitudo. Sports in Bologna are a social phenomenon with a strong economic value that significantly contribute to the strategic goals of solidarity and prosperity pursued by the European Union.

I portici a Bologna

Living in Bologna means living in a territory marked by history thanks to the many works of art: the arches of medieval origin extend for more than thirty km inside the town (often used to shelter from the rain, snow or the northern wind), Gothic art stands out in Piazza Maggiore, the historic buildings, the fountains, the seven churches of Piazza St. Stefano (Stephen), the Cathedral of St. Pietro (Peter), the two Towers and much more make every corner of Bologna a city rich in art and history. 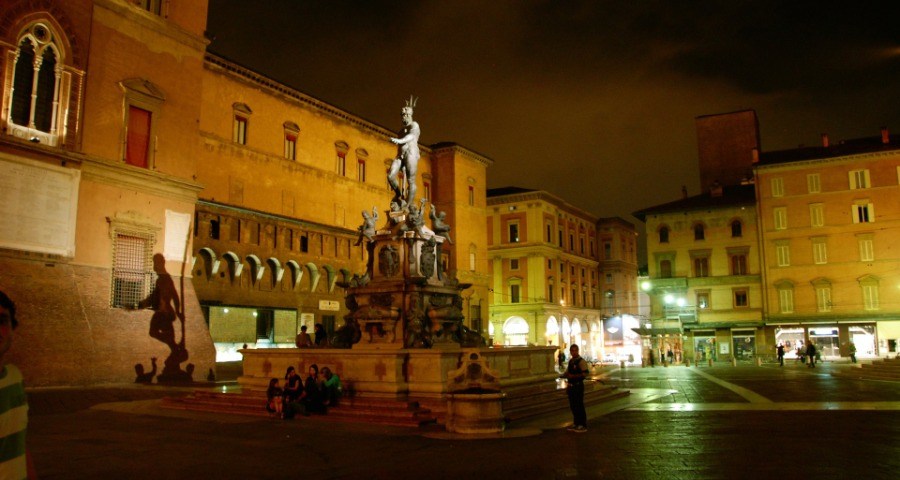 In Bologna, citizens mingle with tourists from all over the world. Being part of an international cultural circuit has constantly stimulated the confrontation with the most avant-garde places and this has meant that the city has become an important hub of the most innovative cultural phenomena on the international scene. Moreover, the city has always been at the forefront of cultural movements and civil rights. Bologna was in fact the first city in the world to proclaim the abolition of slavery and the liberation of the serfs.